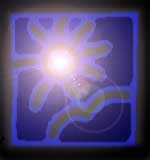 Theme From A Compassion Compromise? No I don’t think so. Even if it’s just rock’n’roll. Please believe me, sincerely . I’ve screamed it, been it and now it’s just me saving the world. My commitment just isn’t in it, but if you listen, I’ll sing it. Compassion or just plain passion, so simple when all it is , is I love you. Shout the words of wisdom, tell them I’ve had enough, shout the words of wisdom, and it goes like this. Not all the time but we do have our
moments. I’ll kiss it better I promise, I’ll try, but if the worlds dying what am I supposed to do?

And If This Is The Song Just who do I turn for inspiration, when the inspirations gone? Love, you tell me is uncontrollable, isn’t that what makes it beautiful. Imagination, sing me a dream or two, just sing on. Honesty is, I love anything beautiful. Together, don’t we all sing, 10 notes on a summers day. The stabs in the back always bring us back to normality. Does it matter? It happens to the
best of us. Whose to say my commitments in it? We only offer togetherness, not politics. The politics of love, aren’t political at all. But if it hurts, and the answer is, sometimes we all do. And if this is the song sing on, the politics of love, sing on, sing on.

But In Our Words Spectators, is that really as close as we get? Motion, yet motionless, only dancing the shuffle is left. Poetry without the motion. There’s no conclusion, only refuge. Politics will smother you, seek no comfort there.
Enter the heart. I’m still not to sure. It’s a hope situation, built on dreams, flaunting peace. Because politics will smother you. Groove it or shun it. And the beauty of it all, it could be anyone at all. This is the
audience on the stage, no more heartaches. I couldn’t stand the pain. All I ask is purity. Spectators is that really as close as we get?

No Reason Now dig this, strumming shit on a shit guitar. Strumming shit we won’t get
far. So what when it’s the feeding of it, and we’re just singing it. How much longer must we listen to you ponces trying to sing? No reason, well I’m sure there was. Ah, but it’s all so different now, and don’t get me wrong, there’s no praise due. But sometimes, near to tears and worst of all not knowing why. Where’s the passion? We’re getting there. Empty statements and
empty words. Don’t you believe it. They never were and never will be. Words
from would be nothings, we are, so shut your fucking mouth. Why do you sell
us, such a load of fucking shit. Because that’s all it was, shit.

Your Ulster More control, more rock’n’roll. Like shit to flies, the media cover cover it up with lies. Where they could so easily have our support, they kill us without thought. By blowing up innocent victims, they will gain no support. So in ’69 it was fine? Your alternative Ulster not mine. Bodies in Hyde
Park, bodies on our streets, bodies of the innocent _ how much more rotting dead meat? Soldiers blown to bits, children shot in the head. How many soldiers killed, how many innocent people are dead? And I ask what for, who knows, and who cares anymore? It’s only shit street for the people who live there, and who am I to care. I don’t live there, why the fuck should I care.
But I do, do you?

Useless Slaughter Rabbits sniffing glue, walking down the street. Badgers dying their hair bright pink. Gold fish wearing after shave and it all just stinks. Because no animals wear after shave, they don’t dye their hair. It’s only us humans who don’t seem to care. We kill thousands of millions of animals every
single day, is this the human way? Blood sport, a sport in which animals are pursued and killed for the fun and pleasure of humans. Stop exploiting and stop being exploited. Be a spoil sport, smash blood sports. The slaughter goes on and it’s just another song, the slaughters still going on and on and on and it’s wrong. Stop it.