In the late 1990’s and early 2000’s Kings Cross station was everything it was cracked up to be. A kind of Mecca for Special Brew operatives along with people very keen to relieve you of your Travelcard. However on the day this picture was taken it looked a whole load more inviting. It’s now been completely transformed by a major construction project with a whole new frontage inserted allowing its impressive Victorian facade to be seen for the first time in living memory. Read more about this project here. KIngs Cross 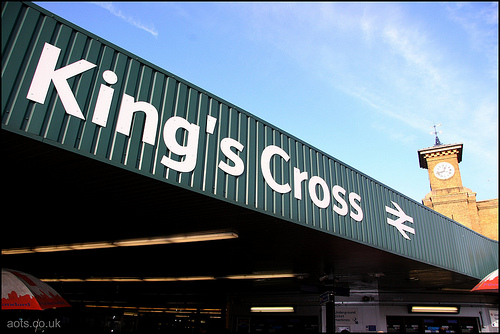