Built back in the 1960’s the tranquil view underneath the bridge is in stark contrast to the relentless thunder of the cars and lorries traveling above.

The bridge is of concrete and steel construction with a headway of around 25 and a half feet.

Nearby Dorney Lake was chosen as a venue for the rowing and canoeing events for the London 2012 Olympic games. 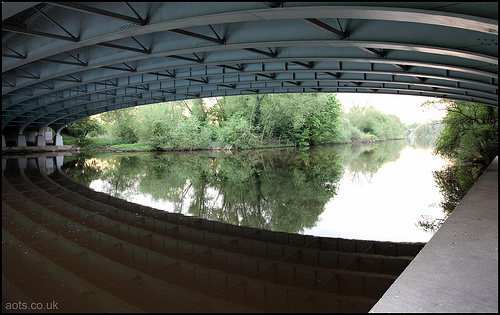