The eagle is made of bronze and the column it perches on is made of Portland stone. 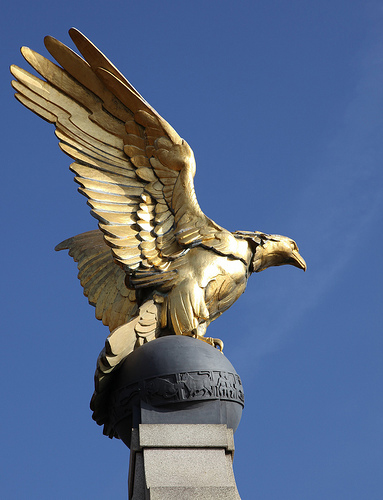