Originally opened to service an extension of the line from Richmond to Windsor the bridge had to be rebuilt from the original piers upward in 1908 after it was reported as having potential structural defects. At that time it was carrying the London and South Western Railway. Today it carries South West Trains routes from Waterloo to destinations such as Reading and Windsor and Eton Riverside. Once quirky fact is that if you go towards London on the river you pass through Richmond then Twickenham but if you go via the railway you pass through Twickenham then Richmond! 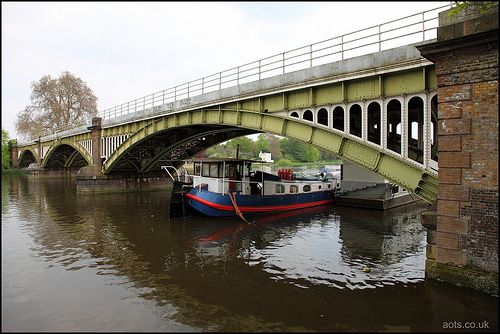