The museums displays include iconic RAF planes such as the Lancaster and the Spitfire. There is a Typhoon from the Second World War (the only remaining one in the world) as well as a modern counterpart _ the Eurofighter (also known as a Typhoon).

The official website for the RAF Museum can be found here. 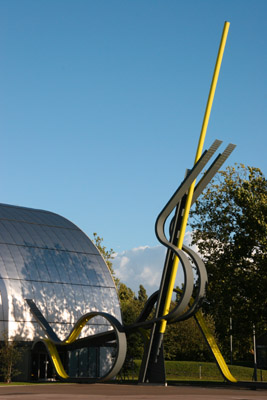