Victoria station is home to at least two famous services _ the Gatwick Express to the airport of the same name and as a starting point for many Venice Simplon Orient Express trains to famous English landmarks.

Connections to the Underground are available via the District and Circle lines and, of course, the Victoria Line. 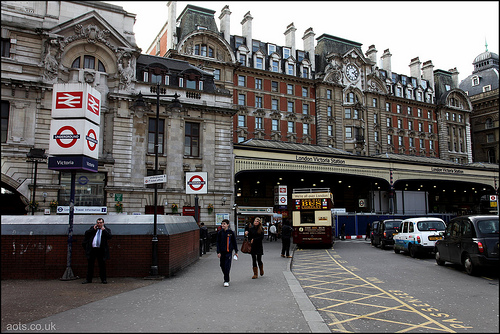