This is Italian sculptor Lorenzo Quinn’s first ever car being pushed along Park Lane by a supersized model of his sons hand.

Lorenzo said: ‘Vroom Vroom symbolises part of my independence, my freedom and my personal growth.
‘This was the first car I bought with the money I made in my firsts jobs.
‘It was very difficult to obtain it but when I bought it I felt released. I had achieved something very desired and, what is more important, I bought it with my own efforts.
‘I didn’t depend on my parents anymore, I was an adult.’ 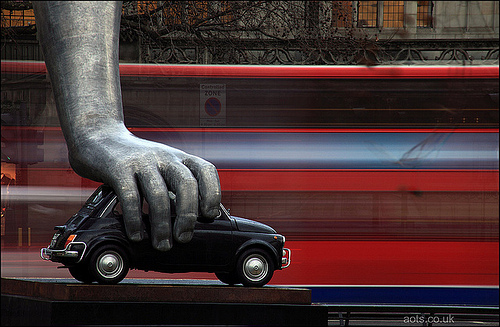