You can often see as shown in this picture large amounts of swans on the nearby riverbank which are very popular with the towns many tourists. 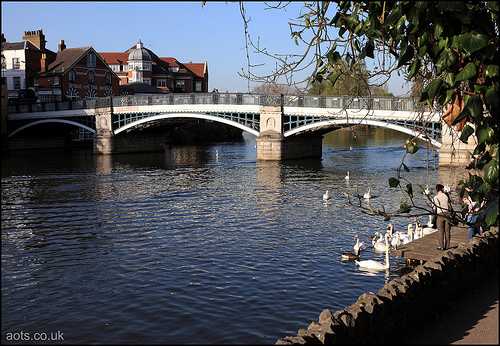