Anyone familiar with London’s modern day Tube system will know it can at times feel a claustrophobic and cramped place so imagine traveling in fully upholstered seats in carriages with the windows open. There was both the rush of cold air from a winters night and the occasional sweet oily smell of of the steam wafting through the opening. Our surprise at our mode of travel on the Underground was nothing to the quite amazed expressions of those on the station platforms. Naturally there were gatherings of rail enthusiasts present but there were also people just trying to get home too. Imagine, if you will, waiting for the next Aldgate train at Kings Cross expecting to hear the familar drone and rattle of an electric train only to see a steam train come puffing through leaving you in a hazy white cloud.

All in all quite an amazing experience and with talk of it being repeated it’s something well worth keeping an eye out for should it happen again. 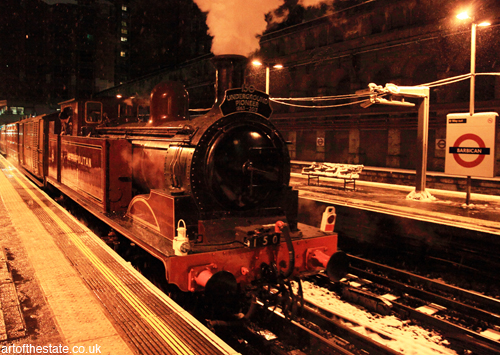 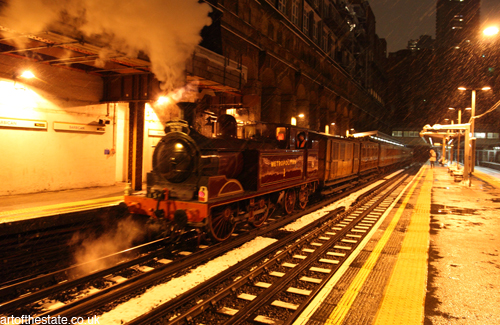 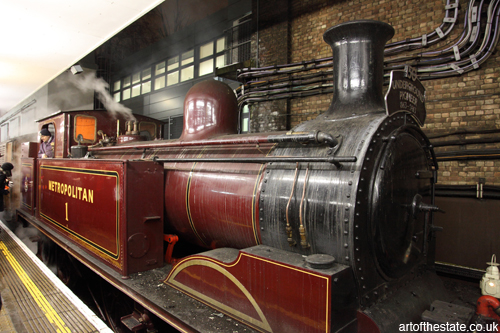 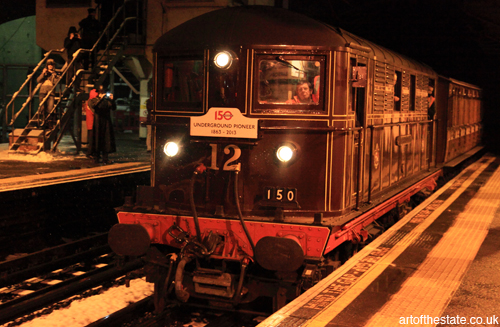 Sarah Siddons Electric Locomotive at the other end of the train 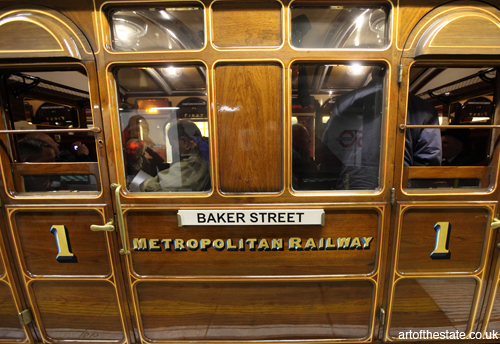 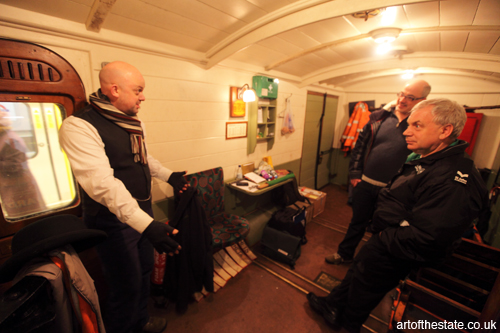 With thanks to everyone involved in running what seems to have been a very successful two weekends of events. Here’s hoping there will be more.