Maidenhead Boyne Hill Station                                                       Maidenhead Boyne Hill Station  Maidenhead Boyne Hill Station was opened on the 1st August 1854 as part of the Wycombe Railway and virtually unnoticed it still stands there today. As you climb up Castle Hill out of Maidenhead the A4 road passes over the line at a point where an elaborate brick structure looks a little too complicated to be just a simple bridge. Two bricked up arches give the game away. These were the original entrances to Maidenhead Boyne Hill station’s platforms below. It’s tempting to wonder what is behind these walls _ are there still steps down and was everything removed before they were sealed like some kind of tomb? The answer was discovered during a site inspection in 2015. "Basically there are a series of vaults/chambers adjacent to the A4, below the footway and across the railway line. There are 9 in total, with the two end ones being the arches which were blocked up and are visible from the roadside, one of which has the door inset into. Within these two there are also small openings on the railway side of the structure , other than these two the other 7 are completely sealed. At some point in the past minor repairs have been carried out which included installing supporting bars and creating holes between the vaults to allow access to them all" (with thanks to James Church and Vince Blissett for this information). The station was originally simply called Maidenhead (Wycombe Branch) and acquired its Boyne Hill suffix at a later date. Its period in use was short too, it had closed by 1871 less than 20 years after it had opened. Perhaps the walk up the hill to the station from the town did not help its survival but ultimately it was the new Maidenhead Station located on the main line from Paddington that sealed its fate. Opening on the same day as Boyne Hill closed it has remained Maidenhead’s station to this day.

Further detail on the Boyne Hill Station can be found in ‘First Stop Maidenhead’ by Matthew Wells.

To order a hi_resolution copy of any of these photos click here (image reference LDN_MAIDBOHI_1) and state image description. 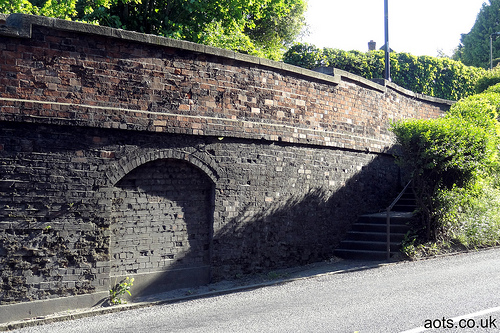 The remains of the original Maidenhead Boyne Hill station are still visible today. 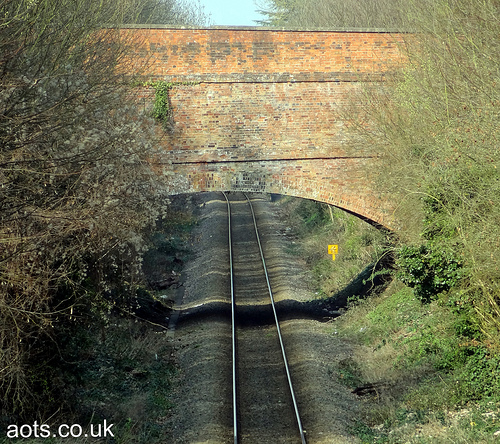 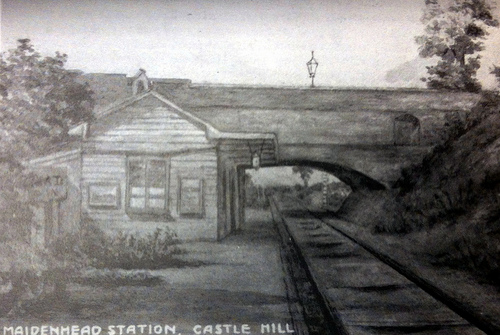