To order a hi_resolution copy of any of these photos click here (image reference LDN_RICHPOST_1_5) and state image description.

A poster explaining how to operate the door buttons on the new trains back in 1986. It was beginning of the end of slam door trains on London’s commuter routes. Whilst its all very well to explain the changes to passengers anyone who couldn’t read the buttons on the trains themselves was very unlikely to read a more detailed poster on the steps of the station either!

An advert for the new Winnersh Triangle Station dates some of the posters back to 1986. 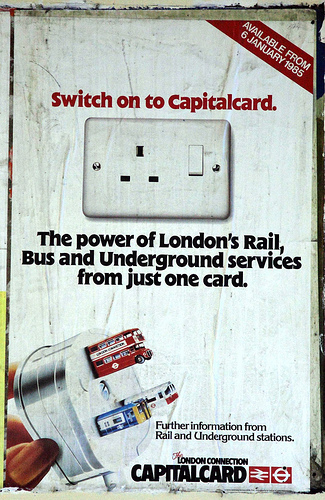 This London Connection Capitalcard could have been from right back in 1984.

Senior Citizen Railcard poster _ now available to men of 60 and over! 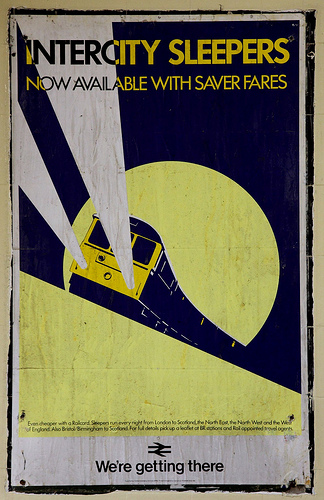 InterCity’s rivals were the car and the plane _ which gets dealt with in this poster. 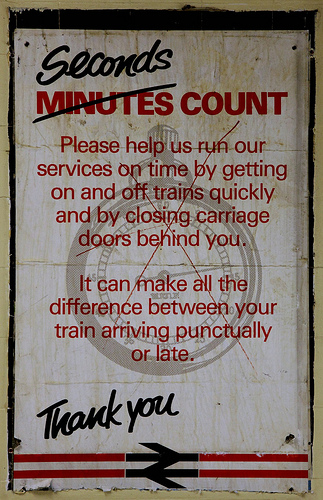 Getting people on and off trains promptly is not a new problem….