One of the oddest features of the line is Three Bridges, an unusual configuration where at one point the road goes over the canal which in turn goes over the railway. In reality this is only two bridges (unless you count the pedestrian walkway alongside the canal which sits in its own trough) and was the last project Isambard Kingdom Brunel realised in his lifetime.

To order a hi_resolution copy of any of these photos click here (image reference LDN_BRENTSOU_1_4) and state image description. 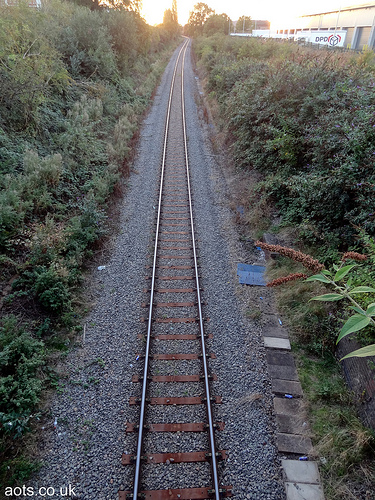 The line from Southall is now used solely for freight and appears well maintained.

Three Bridges (Southall). Standing on the road bridge over the canal bridge _ both of which go over the Southall to Brentford, GWR West London branch line. 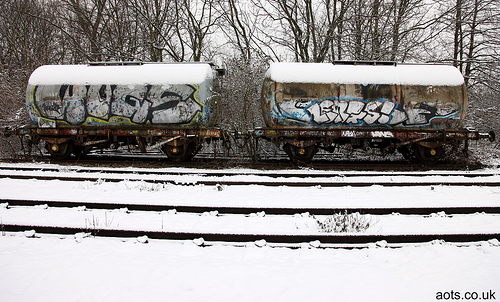 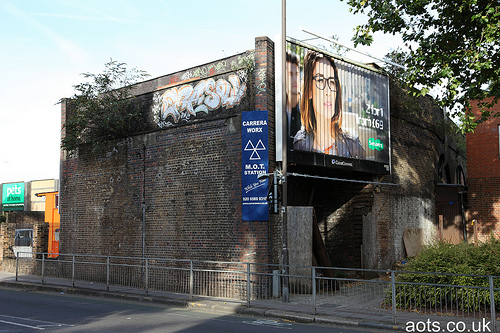 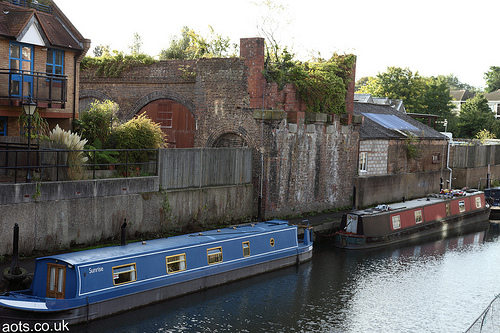 A few hundred yards on the path the railway took can be clearly seen once again. 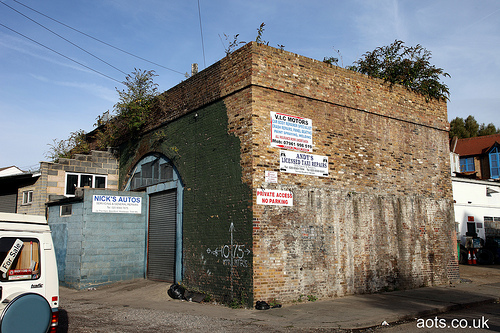 Further railway arches appear in nearby road The Ham 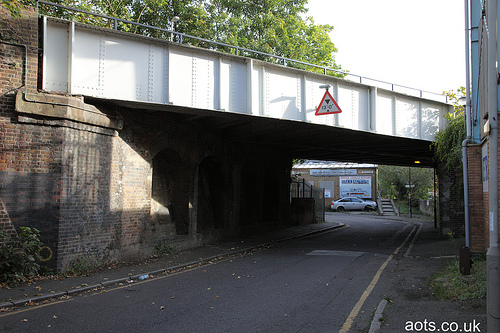 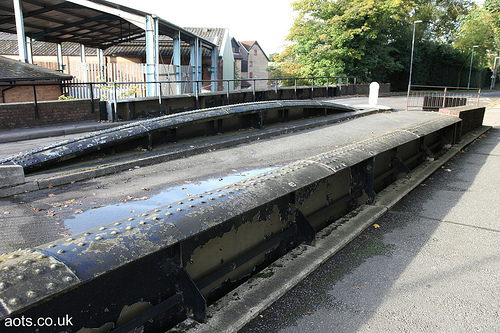 At road level this bridge clearly displays evidence of its previous use. 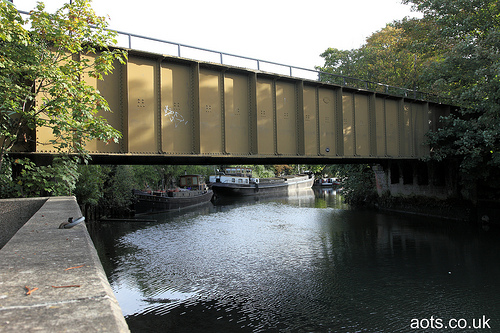