So what’s left? Well the platform at West Drayton is now just a holding area for freight trains passing through and then theres…well, very little else. Cowley station is just a memory and elsewhere just a few echoes remain such as an oddly placed ‘Station Road’ and humps in streets where bridges have been filled in with earth to the point of all but disappearing. It’s strange to think

Oddly enough while investigating one of the only remaining visible stretches of where the trackbed once was I found what must be London’s smallest museum _ a handful of objects in a cutting all related to Brunel.

All stations with the exception of West Drayton closed in September 1962.

To order a hi_resolution copy of any of these photos click here (image reference LDN_WESTUXBB_1_4) and state image description.

Remnants of the West Drayton to Uxbridge Vine Street branch line are few and far between and well hidden. This below ground level car parking to the flats above is actually utilising the trench that the railway cutting used to run through which explains its slightly odd design. 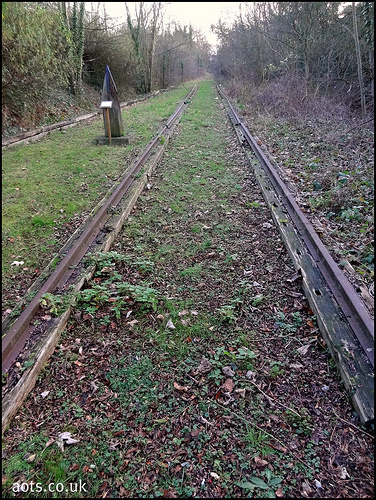 Here’s another view of the cutting in one of the only stretches where you can see where the original trackbed was. This, however,  isn’t the original track _ its a short section of unusual rails laid in what is now a nature reserve in the grounds of the Brunel University.

On the left of the picture above you can see a wooden pile. A nearby explanation reads ‘This is one of the original oak piles, once metal tipped, which was used during the construction of SS Great Eastern to stop the ship from slipping into the River Thames’. 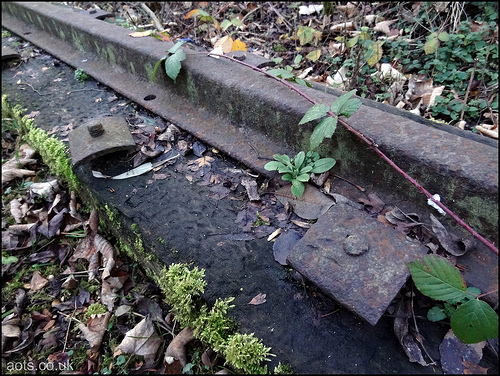 Detail of the track which shows what looks like some pretty crude fixings and rail heads. 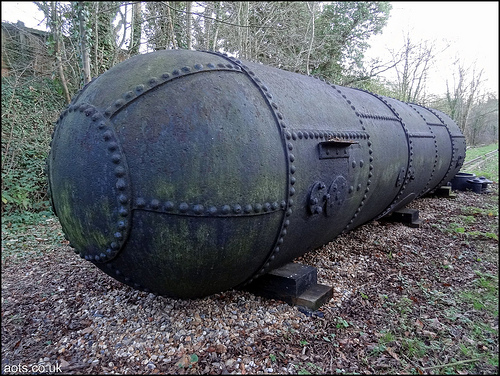 A nearby description explains ‘This pressure vessel was used in part of a rig which was used by Brunel to impregnate railway sleepers with creosote to preserve the wood. When they were building the Hayes Bypass in Pump Lane this pressure vessel was discovered by workmen who originally thought they had discovered a Second World War unexploded bomb’. 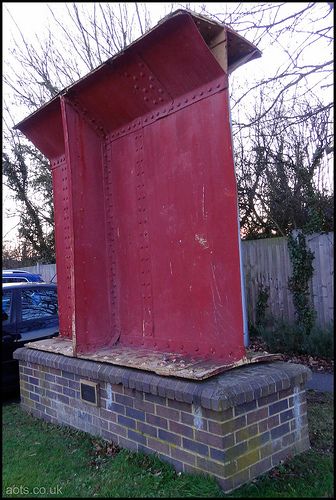 Part of a Brunel railway bridge girder that once graced the River Wye at Chepstow but now sits in the car park at Brunel University.