The ex GWR line from West Ealing to Greenford is the most obvious survivor from all of the companies local routes in West London. Covering just two and a half miles of track it is still in use today serving Castle Bar Park, Drayton Green and South Greenford along its route. Part of the reason for its survival is that the line itself forms part of a connecting service between other lines. Based on passenger numbers alone at one time it would have look like a candidate for closure but it has survived the axe. Key facts and figures: 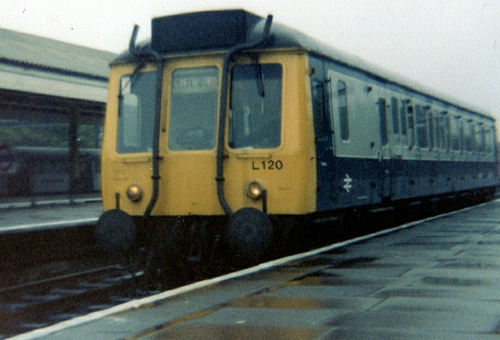 Recently unearthed pictures from the loft – a train at Ealing Broadway destined for Greenford.