“New Yorkers don’t care about art, they care about pets. So I’m exhibiting them instead,” he said.

“I wanted to make art that questioned our relationship with animals and the ethics and sustainability of factory farming, but it ended up as chicken nuggets singing.

“I took all the money I made exploiting an animal in my last show and used it to fund a new show about the exploitation of animals.

“If it’s art and you can see it from the street, I guess it could still be considered street art.”

And a quote attributed to Banksy in the Independent: “There have been complaints from people who are unhappy about being on their way to work and seeing two hot dogs performing a sex act. But it’s no more unnatural than the process behind making a sausage in the first place.” 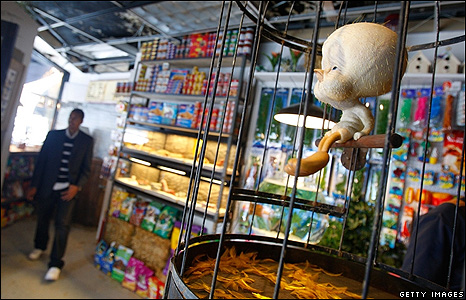 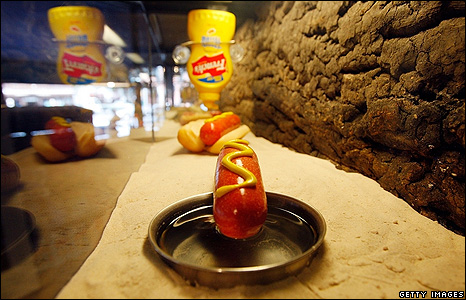 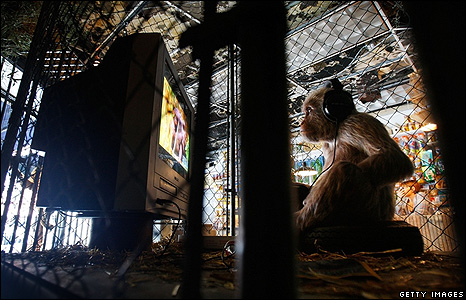