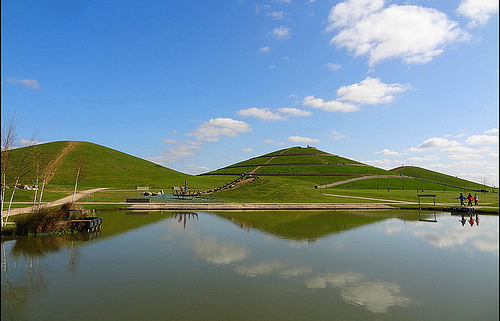 Does this look like London to you? This is Northala Park near Greenford in West London, a relatively recent addition to London’s park life. The mounds are made up of the spoil from the construction of the Shepherd’s Bush Westfield shopping Centre and the new Wembley Stadium. In a clever trick the charges levied to dump the rubble here pretty much paid for the entire cost of the park. Sitting alongside the A40 its almost completely effective in cutting out the noise from road traffic. Walking up and round the spiral of the largest mound your ears are assaulted by the sounds of passing HGV’s and bird song in equal measure.