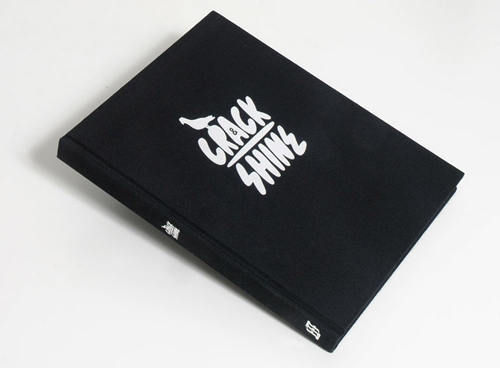 Graffiti and street art are often wrapped up in the same category. Certainly in past times the eyes of the law viewed them as exactly the same – straight up criminal damage. But times have changed and street art has become pretty much publicly accepted and law enforcement attitudes have moved around to seemingly turning a blind eye to it while some councils are more likely to apply for a preservation order than press for charges. The same can’t be said for graffiti that is born out of a different need. I’m talking about serial tagging, spray paint on the steel sides of trains and tubes and throw ups on the side of walls where the owner certainly never emailed in a request for a “street artist to do their thing”. This is where last years ‘Crack and Shine‘ book comes in. Ordered before Christmas it’s a book I find myself going back to again and again. There’s no stencils, paste ups or ‘installations’ in here. No, this is a fiercly independent take on the underworld of ‘real’ London graffiti. And it’s by far the best graffiti book I’ve read all year.

There’s a world of difference between sneaking into Shoreditch from the home counties to put up a paste up in Blackall Street and the events detailed in this 212 page full colour book. Trespass is a civil matter in town but when you jump (or boltcutter a fence) to go trackside it instantly becomes a criminal offence. This book talks to writers who have seen the old days when a simple saunter off the end of the platform into the rail system after school could be achieved through to todays ‘military grade’ security in London Underground’s fortified depots. It charts the times when station staff turned a blind eye and trains could run for weeks with graffiti etched into their sides to the crackdowns and the frequent busts of the 90’s that nearly killed the scene. It’s style and tales are part Cass Pennant, part Brinks Mat but its always full on detailing the best of times and the worst of times. Teach offers up some of his vast photo collection, Elk explains why getting to Brixton’s lay up was his ‘Everest’ and Grand tells of when he hit the yards hard and then stayed around to watch and explore. You also get to see Mr C DDS keeping it real by racking clothes, boltcutters, paint and Champagne (Moet & Chandon, natch) and Bozo DDS’s run through of his Farringdon trip turns from a climb, drop, crawl story to a full on burglary.

There’s a wealth of photos taken in the yards but some of the best are taken the morning after when the trains are in service. Marking the train on the front writers know when their cars are coming through and catch them in photographs as they arrive to puzzle (and sometimes delight) commuters – check the whole car ‘Britney Spears Is The Devil’. Extra special are the portraits of the artists themselves taken by photographer Will Robson-Scott. He captures Mr P up on a roof top in Hackney Wick, Cosa in Whitehall and ATG at home amongst a mass of quality portraiture. 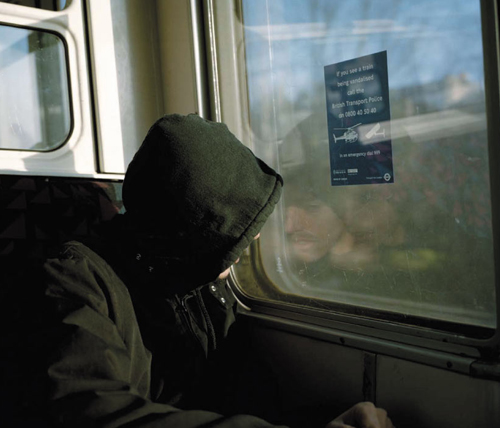 No other book gets inside a graffiti scene like this one. Subway Art documented a time and place that seemed far away at the time. Crack and Shine brings it home and then some.