If you’ve seen Banksy’s Exit Through The Gift Shop or even just the new extended trailer for the film you’ll have seen one of the funniest moments – graffiti artist Escif getting arrested in quite ridulculous head gear while painting a wall. Other (slightly more calm) moments can be seen on his youtube channel which can be found here. The good news is that he’s still at large and Pictures On Walls are shortly bringing him over from Spain for a solo show (‘Around The Wall’) at their Commercial Street premises in Aldgate. The event runs from 17th April to the 30th April (check on picturesonwalls.com for the latest updates on particular opening times). In the meantime I’m hoping to see him hitting the streets of London with some quality interventions such as this: 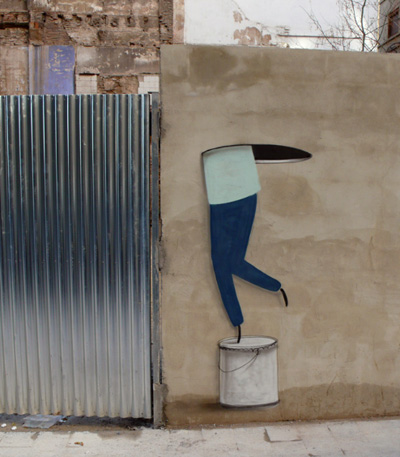 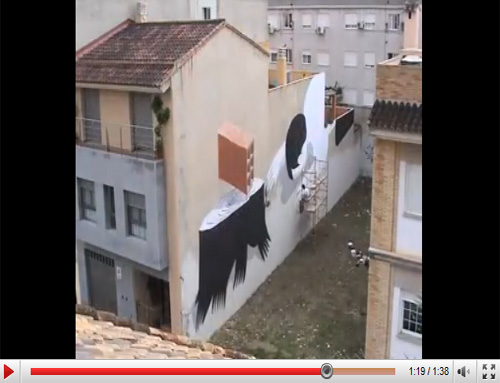