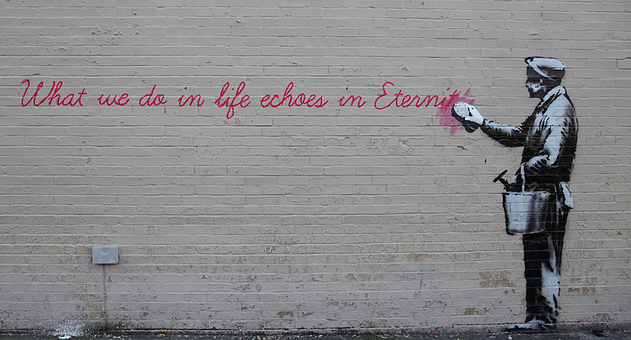 “What we do in life echoes in eternity” – sounds deep but is apparently a line from Ridley Scott’s Gladiator film. Banksy claims in the accompanying text on banksy.co.uk today that he is often accused of using low brow quote sources and then cheekily recites a line uttered by Kelly Rowland on X Factor – “I’m just going to use that hostility to make me stronger, not weaker”. To be honest I’ve seen neither so I have no idea if either line ever existed but it’s another neat addition to the streets of New York, this time in Queens.