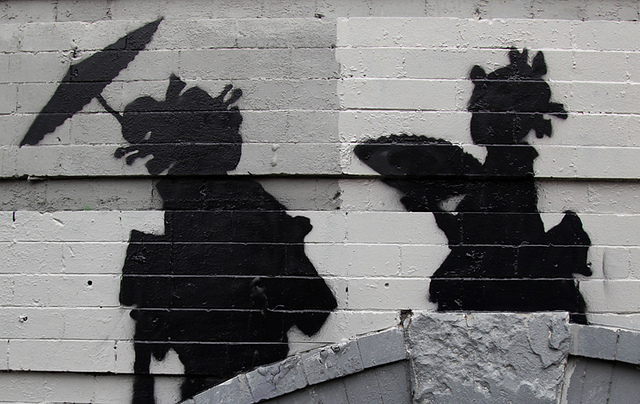 In common with other recent Banksy works in New York it wasn’t long before this arch turned into a bridge was on the receiving end of some additional spraypaint. The guy who did it was limited in what he could do by the swift intervention of a crowd around the stencil and a representative of the building. It’s odd when a vandal attacking another vandals work gets accused of vandalism and gets attacked himself.