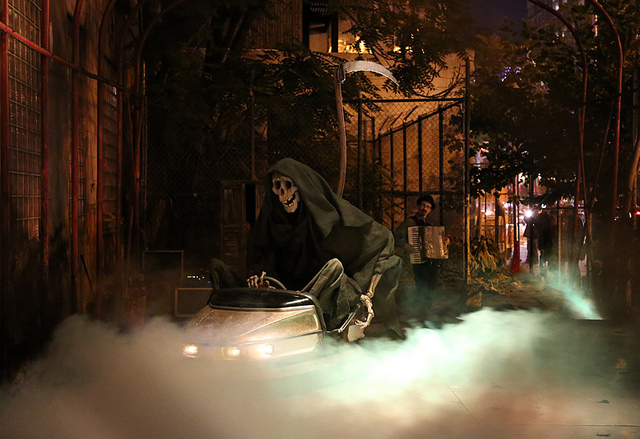 The Grim Reaper in a dodgem car originally appeared in a painting that was gifted to a band that happened to have the same name as Banksy’s Exit Through The Gift Shop film. Today it made a real life appearance in Houston Street, Bowery circling around behind a fence where it will reappear every night from dusk to midnight until Sunday. See video footage here. What happened next: an owner of a car parked nearby had her SUV roof damaged as onlookers clambered onto her vehicle to get a better view (New York Post)