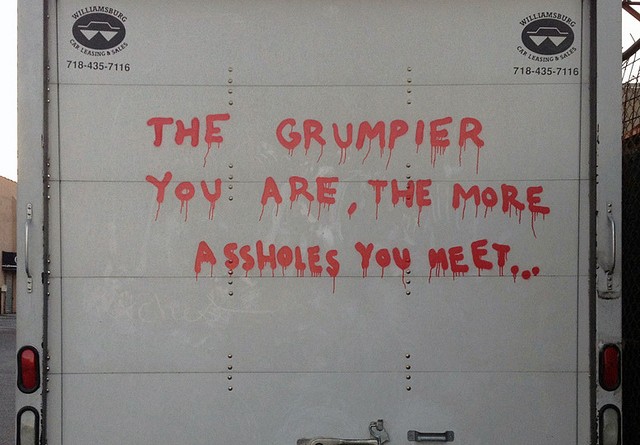 Banksy adds his own New York bumper slogan to a van in Sunset Park. What happened next: “After Shabbos I got a lot of phone calls,” Israel told VIN News.  “I googled Banksy and thought I would just leave the truck where it was until Monday, but a chasidishe guy called me and said ‘you better go move the truck before someone vandalizes it.’” Israel, truck and Banksy owner – more here.