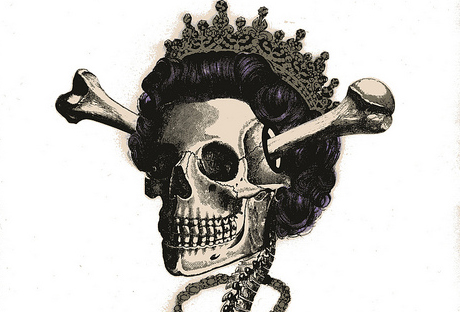 Back in 2001 there were three street artists operating at another level to all others in London. Banksy, Shepard Fairey and Dface were the ones most visible on the streets long before the concept of having time and permission to paint walls surfaced. Of these three two have had comprehensive studies of their work released (Banksy’s Wall and Piece and Shepard Fairey’s Supply and Demand) but the third has waited until 2013 for his first book. I remember years ago buying a piece of art off Dface in a suburban pub and asking him why he hadn’t done a book. It was hardly a unique question even back in 2004. Dface’s well rehearsed reply was that he had plenty of ideas but he wanted to do it right, to create something that wasn’t just a book but that captured his style. This week finally saw the launch of that book ‘One Man And His Dog’ and what a beauty it is too. A simple white cover, embossed with his trademark DDog, and an unconventionally sized dust jacket (in that it doesn’t protect the whole book) ooze quality.Picking it up for the first time reveals that it’s a weighty volume with around 300 pages between it’s thick hard covers. It really is a beautiful thing. Inside the art is given space to be displayed at the scale it should be. As with both Banksy’s and Fairey’s books sometimes what is surprising is just what is left out. Many of the pieces I’ve seen around London over the years never made the cut and there’s plenty from around the world that I hadn’t ever seen before, certainly not in such good quality photographs and detail. All of Dface’s main exhibitions are covered, as is his love of skateboarding. An autobiography explains his unconventional route to being an artist but reading this just makes you realise it was kind of inevitable that he would reach the position he has, it was just a question of when. The art itself is quite astonishing and features a wide variety of styles from miniature model making to walls covering the entire sides of industrial units. His unquestionable impact on the scene is also fully documented (he pioneered the idea of taking street art indoors with his ground breaking Outside Institute gallery in Paddington before moving on his Stolen Space format in the East End). This is a book that deserves to be in your collection, put it on your Christmas Shopping list (if you can wait). It’s a thing of beauty, full of great art and inspiration.