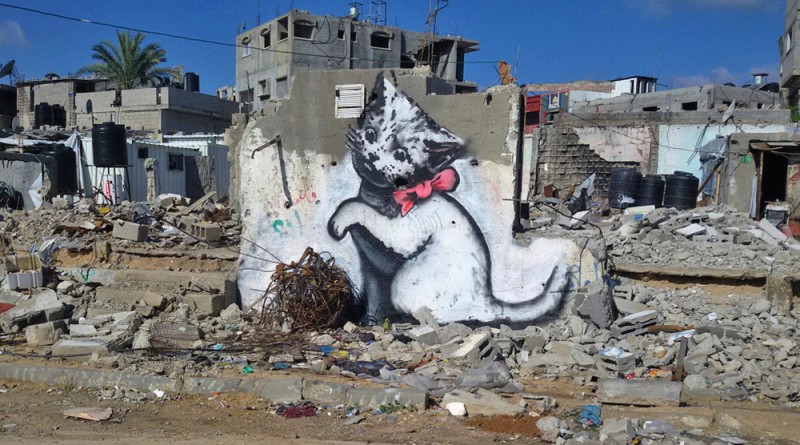 Banksy.co.uk was updated earlier today with a host of new images from Gaza along with an accompanying ‘tourist guide’ video which explains the plight of its inhabitants. Surrounded on all sides with walls and a heavily patrolled sea Gaza is continuing to suffer outside much of the worlds view. Last years  operation Protective Edge was responsible for the obliteration of over 18,000 homes – but rebuilding is hampered by restrictions which mean cement cannot be imported.  Banksy appears to access what is to all intents and purposes a prison via an underground tunnel  and paints several pieces utilising the devastation around him. See more of the images below and the video on Banksy.co.uk. 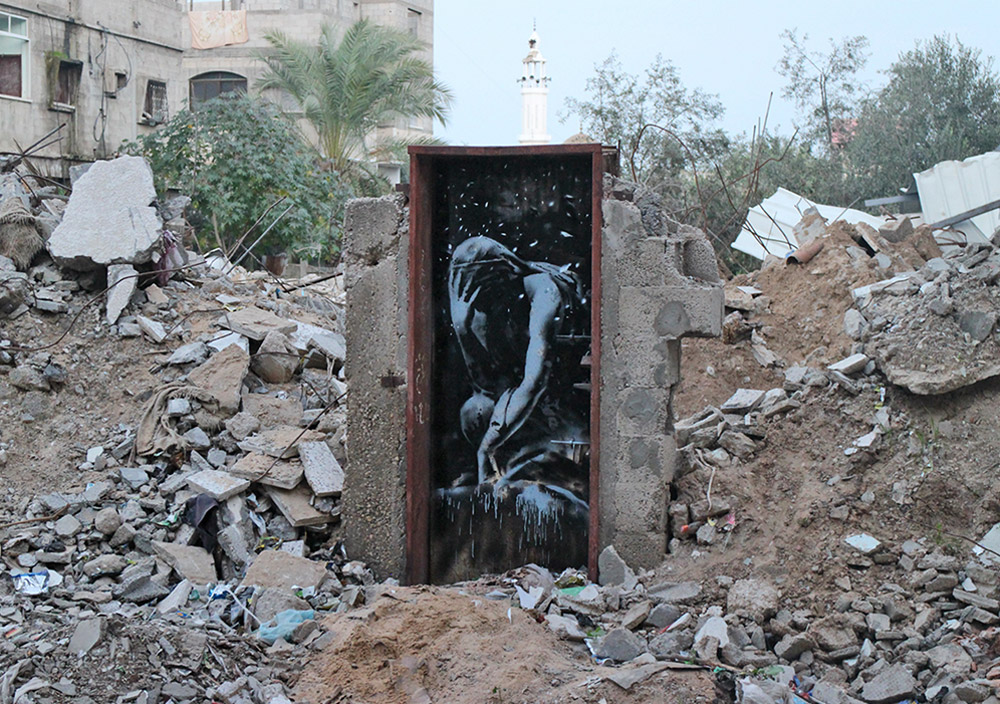 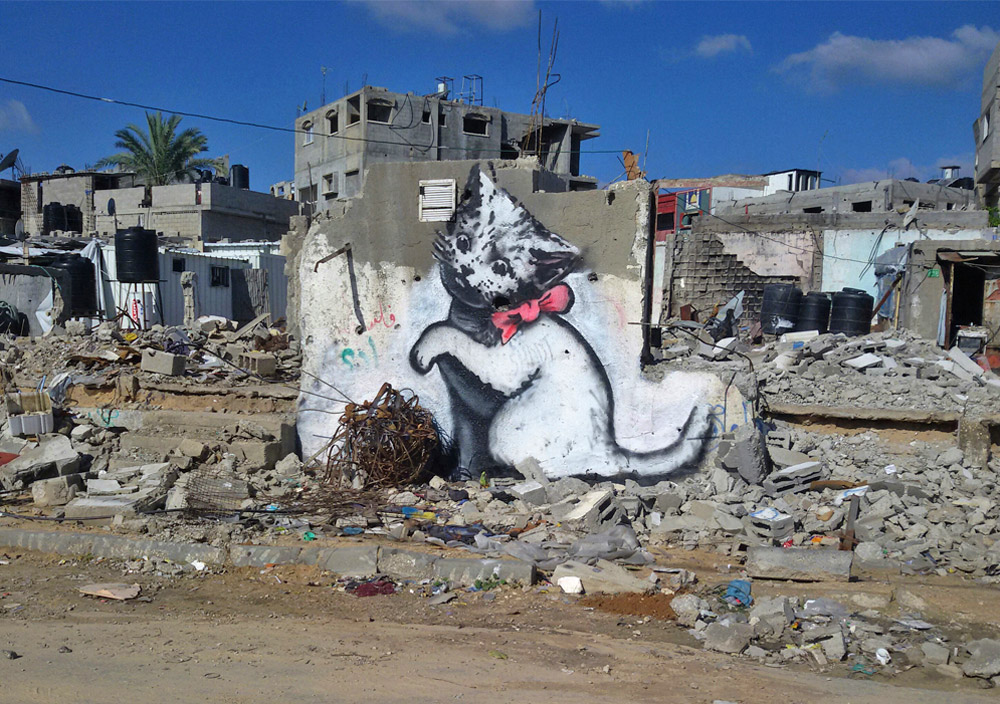 Everyone on the Internet likes looking at kittens…. (image banksy.co.uk) 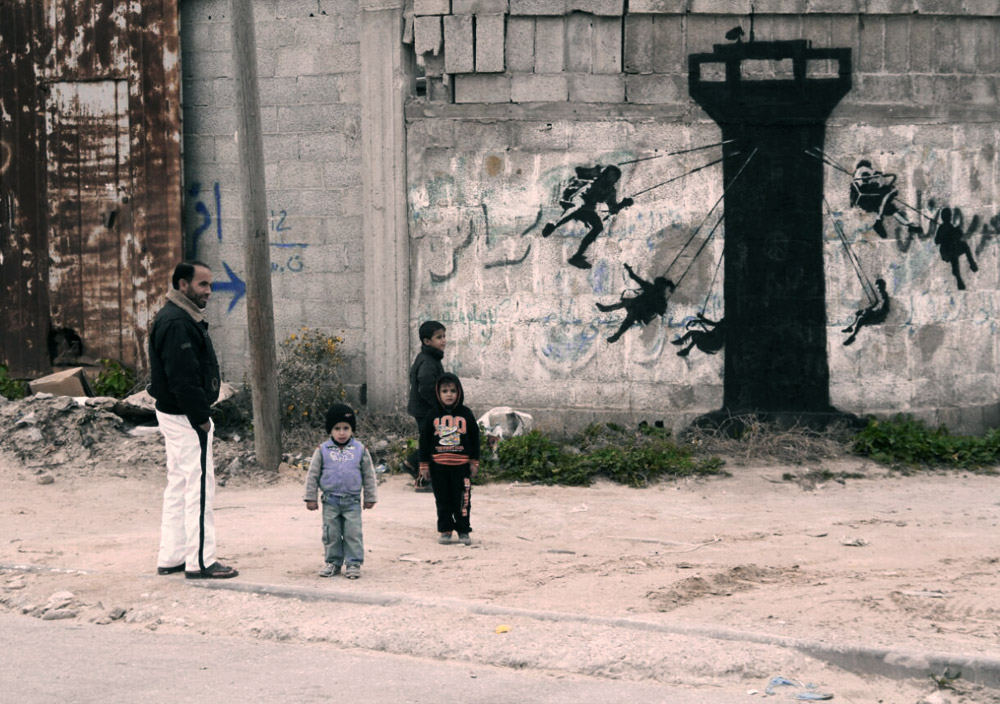 “If we wash our hands of the conflict between the powerful and the powerless we side with the powerful – we don’t remain neutral” (image banksy.co.uk)