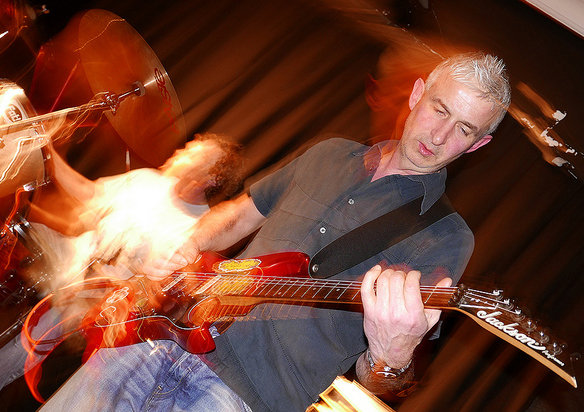 MANIAC / THE PAST TENSE / THE DISINCLINED Friday March 4th at the Cricketers, Kingston

Seems a bit odd to review what was essentially a birthday gig for Maniac’s singer Barty reaching an (in)significant milestone – so this’ll be a short one. For a recent band the Disinclined have a ridiculously large amount of catchy songs. Mid paced and with a sense of the irreverent it feels a bit early to have something so good on. They hold the crowd’s attention and leave everyone wanting more – a real good sign for future gigs. I’ve never seen The Past Tense before. Well that’s not strictly true, a friend informs me that they include two former members of anarcho punk Lost Cherrees on guitar and drum duties which means they were there (like me) on the night of Conflict’s Surbiton Assembly Rooms riot. The Past Tense are a very different prospect though, all mod sounding with plenty of references to an era earlier than punk they were a solid and entertaining unit. Tonight’s headliners Maniac are over thirty years on from their only release – the Killing For Pleasure EP on Rentaracket. They’ve stripped down from a five piece to a trio in the intervening years but are still all original members with singer Barty now combining vocal duties with providing the bass lines.

Cuts from that first EP still sound great. Maniac were ahead of their time at one stage in their combination of thrash, metal and punk but a lack of opportunities outside their immediate area never saw them capitalise on this and they were soon overtaken. Tonights all about singer Barty reaching the big 5 O though. So with that said it’s not surprising after a well received set he gets the whole hall singing Happy Birthday to him. Suitably embarassed he suggests doing it all again next year and with a cheery wave goodbye the band exit the stage. A great way to celebrate your birthday I reckon.