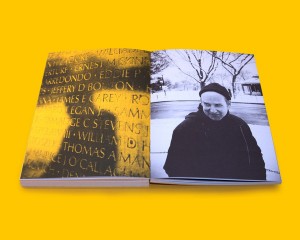 Billed as “An exploration of punk philosophy” it might be useful to point out what this book covers and what it doesn’t right from the start. If you’re looking for the musings of The Exploited’s Wattie Buchan on Scottish Independence or what Bill Stevenson from the Descendents has to say about the ethics of coffee drinking you’re in the wrong place. This is a predominantly UK centric book with a relatively small international dimension, a bias towards Crass and anarcho punk and a fairly narrow time frame. That said, it is without a shadow of doubt, an excellent read.

Funded by a Kickstarter campaign the authors have travelled extensively to interview the more cerebral ‘names’ in punk, those well known to have something to say. It expands its horizons beyond the usual list of band members to thankfully include others who make the punk ethic of DIY work beyond the process of making music. Consequently we hear the views of Tony Drayton (Kill Your Pet Puppy zine) on squatting and Graham Burnett’s love of permaculture amongst the thoughts of scene luminaries such as Jello Biafra (Dead Kennedys), Steve Ignorant (Crass), Ian McKaye (Minor Threat and Fugazi)  and Dick Lucas (Subhumans). There are insights aplenty from individuals who have had the time to experience and reflect on what punk has enabled them to achieve. It seems that regardless of the music punk has had a profound affect on each contributors life, expanding their horizons. A do it yourself attitude coupled with a desire to test and break through the barriers of normality abound. Forty years on the philosophy of punk is still enabling people to challenge their situations and to work to improve the lives of others. Reading this book will make sense of some things you have learnt along the way, show you some the mistakes that have been made but ultimately inspire you. Previously ordinary people can do extraordinary things once they realise they can. It’s got some very nice pictures too!