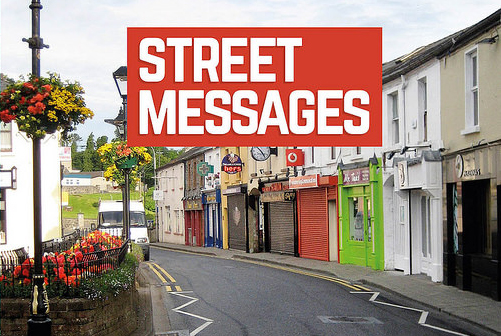 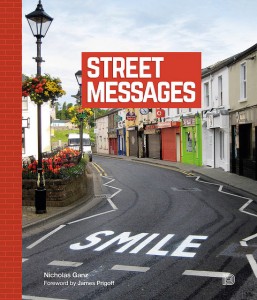 Street art and graffiti books need an angle to stand out amongst a sea of similar titles and Nicholas Ganz’s latest does that by primarily focussing on sometimes its simplest art form – the message. After an introduction that walks through the history of writing on walls Ganz moves on to documenting the last few years which have seen a resurgence in the use of text whether it be simple writing or elaborate typefaces. He splits these into three sections – street messages, political slogans and street poems with an alphabetical run through of artists operating in each category.  From the hastily written slogans of Marc Bijl written on piles of building materials to the frankly colossal and colourful wall writing of Ben Eine and Above this seemingly small subject actually covers a massive breadth of styles and techniques. In a world full of signs and advertising the way to get noticed is to do something unexpected. That’s getting harder all the time as when artists find a new method that works its very quickly co-opted and re-marketed by creative agencies. Some work by copying existing advertising such as the Brighter Day Project who put up upbeat positive messages for the passer by that are not actually linked to a product. Others draw attention from their obvious illegality. It’s refreshing to see political slogans receive their own chapter and that the author has enough principles about him to not give the likes of racists and fascists the time of day in amongst these. My only gripe here is that despite nearly 150 pages of content many artists only have one picture to show the breadth of what they do. That’s not the authors fault – its simply down to the sheer number working in this field. This book never claims to feature them all, it sets out to showcase the best of what’s out there and having read it, it will have you searching online for further work and paying more attention to the walls around you. 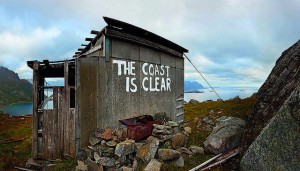 Dolk: “The Coast Is Clear”