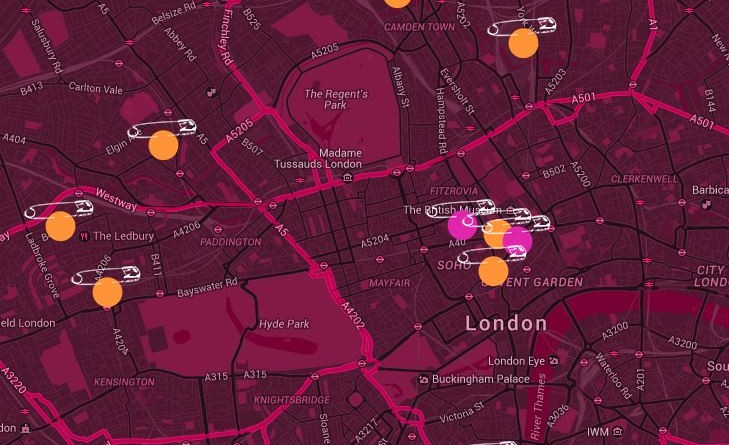 It’s forty years since 1976,  the widely accepted start date for punk rock in London. To mark the occasion something called Punk London has been created by… well I’m not too sure. Their website doesn’t actually say who’s behind it. It’s ‘about’ page just lists some of its partners “some of the coolest cultural organisations and businesses in London”. I don’t know who decided this list but here it is:

It’s also supported by The National Lottery, Heritage Lottery Fund and the Mayor Of London.

So far, so establishment. Punk rock, the ruby anniversary supported by funds from one of the most regressive taxes around and the unkempt buffoon that is Boris Johnson. Oh joy. The website is far from promising too with a to be announced section entitled GOB. Nothing like reinforcing a stereotype from 40 years ago then. At least there’s no safety pins on the logo. Oh hang on, there they are on the locations map as pin markers. See what they did there? 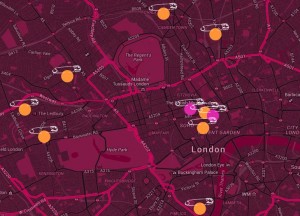 Despite all this can we actually get something useful out of what appears to be a back slapping orgy designed to create business opportunities (yes, there’s a shop on the website and in case you didn’t notice it one of the supporters is Live Nation Merchandise). Why yes, it appears we can. For a start there was the Resolution Festival at the 100 Club which featured some pretty good line ups. I’d have shortened the whole thing down myself and put some of the bands on the same night rather than stringing them out over 10 days (I love the 100 Club but really – who wants to spend 10 days straight in its subterranean depths with only the one day off for when the awful Anti Nowhere League play)? Having the English Dogs headline one night when they can’t even fill the Pipeline seemed a bit much too – and I’m saying that as someone who loves the Dogs.

A look through some of the other events Punk London have planned shows there’s other stuff going on worth checking out too – I’ll definitely be sticking my head around the door of some of the photo exhibitions assuming they’re free. Let’s just jump on and off the ride as we see fit. In the meantime the unsupported DIY punk scene in London will just keep moving on regardless. It’s 2016 and there are bigger things to make your voice heard about (ironically like fighting back against small venue closures – Hello Boris, are you listening)?