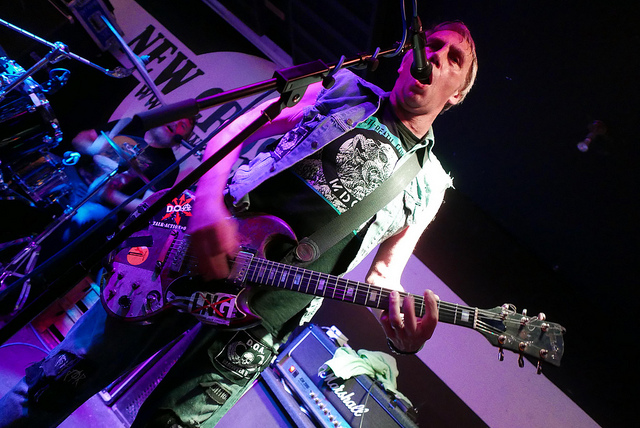 I’m sure it was only last year I went to D.O.A’s ‘farewell’ London gig but here they are again. For some reason there’s a ban on video recording tonight – maybe it’s being recorded for something but its both unusual and unexplained.

Slow Faction are up first, playing mid paced punk rock with plenty of hooks, intelligent and intelligible lyrics. Single ‘Little England‘ is a prime example. It’s still too early to get things really moving though. 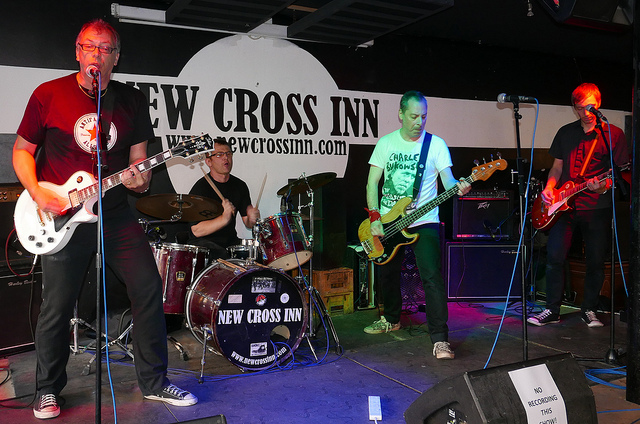 BKS (Baptist Killing Spree if you’re wondering) really up the speed and anger. So much rage. Tight, thrashy and really, really short songs are the order of the day and what’s wrong with that. Still feels a bit early though but things are livening up. 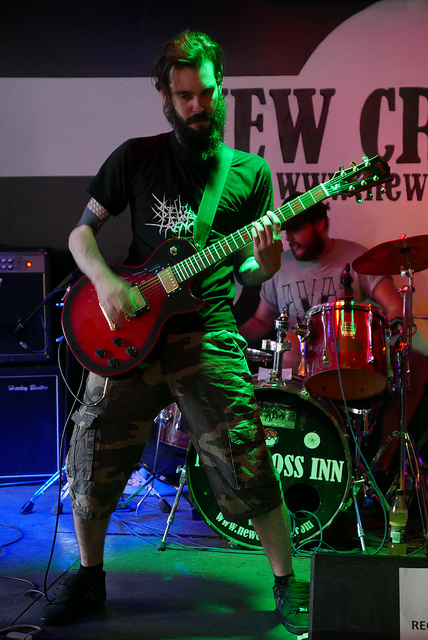 It’s not until Pints take the stage that things really start to get properly heated. They have a real in your face and confrontational presence. Nowhere and nobody is safe as the singer gets all over the place, even ending up behind the bar drinking from the taps at one point before leaping on the counter again. More thrashy noise but with songs about drinking etc you might need to park your brain for a bit and just enjoy them for what they are – loud, obnoxious glorious punk rock. 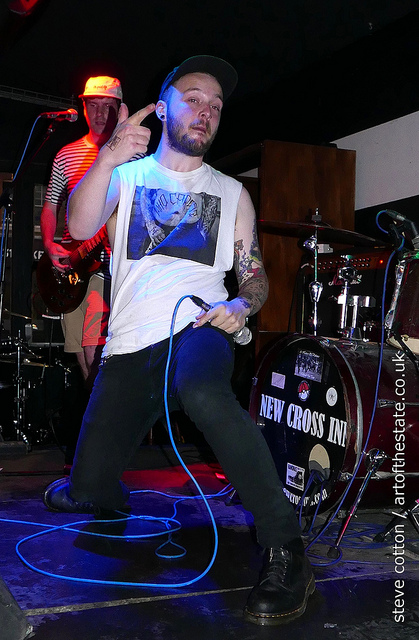 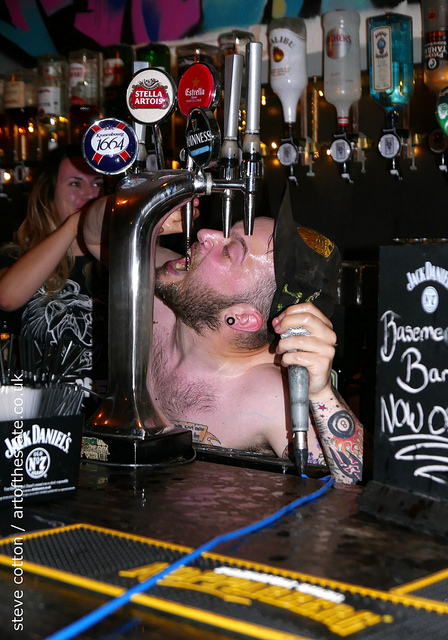 Pints at the New Cross Inn

Fronted by twin vocalists, one also playing guitar, Shot! interchange lines as they work through a strong set of material. They not afraid to get straight to the point in ‘Die Police!’ its really the songs from their soon to be released Masquerade of Wolves EP that stand out. ‘Gotta Die’ has an instantly catchy chorus whereas the anger in ‘Search Of The Cursed’ is visceral. There’s a few problems with the drums moving about – maybe some of that though is down to some great showmanship by drummer Jeremy who doesn’t seem content to just sit there. Definitley one of the best bands from London in a long, long time. 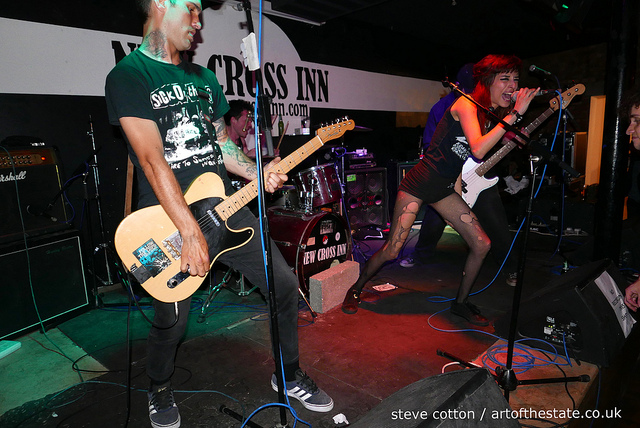 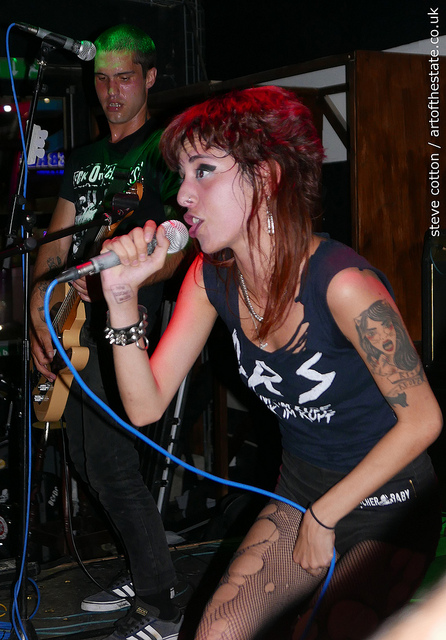 D.O.A. need little introduction having been around since ’78 and having pretty much invented the term hardcore. Their ever present vocalist, Joey Shithead, disbanded the unit to pursue a more direct political path but having exhausted that route he’s back doing what he does best, spreading his views around the world backed up by rock solid punk and hardcore. All the classics are here as they are every time I’ve seen them but it was great to see their version of ‘Full Metal Jackoff’ played nearly in full at the end. They never disappoint and I for one am more than happy to see them back so soon after their farewell tour! 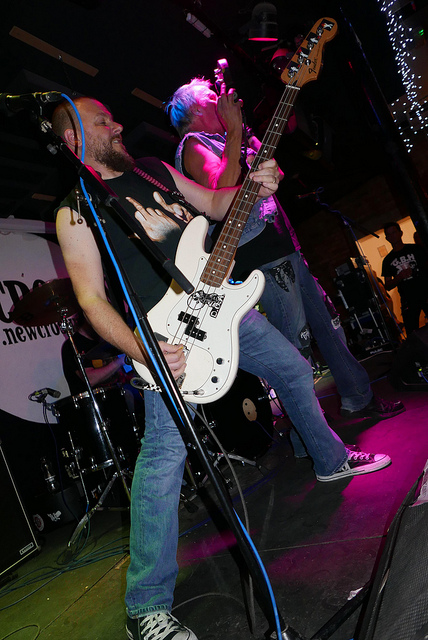