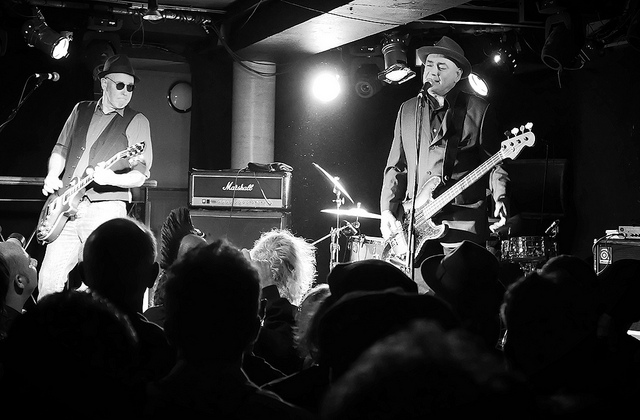 Arriving just as the Ruts DC are about to start and with the Underworld already packed to the rafters it’s reassuring to see how many have turned out to see the band launch their ‘Music Must Destroy’ album. Their popularity seems to be on the rise again – no doubt in part due to a successful Pledgemusic campaign which has directly engaged their audience in its production.

Kicking off with the Ruts swan song single ‘West One (Shine On Me)’ really got things off to a lively start. Followed directly by SUS and Love in Vain it takes until the fourth song for more recent songs to emerge before it’s the turn of a batch from their latest offering. ‘Psychic Attack’ released as a single as a precursor to the album is tight and menacing with a decent pace to it, definitely a highlight of the album for me. Title track ‘Music Must Destroy’ sounds amazing, a real anthem of a chorus delivered with passion made this song come alive. Elsewhere other new songs come across as more mellow save for a biting version of ‘Kill The Pain’. A second guitarist is added where needed on many of the songs but technical problems meant that some of the other enhancements for the new songs never made an appearance. No one seems too bothered, least of all the band themselves. The gig ends with a trio of classics – ‘Staring At The Rude Boys’, ‘Babylon’s Burning’ and ‘Something That I Said’ but for me it’s always ‘In A Rut‘ that gets me overtime. With two guitars tonight there’s time enough to really expand this out past the six minute mark. It’s nothing less than amazing. Shine on Ruts DC. 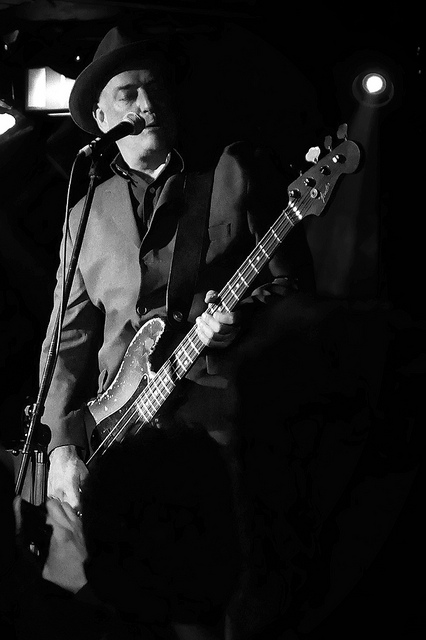