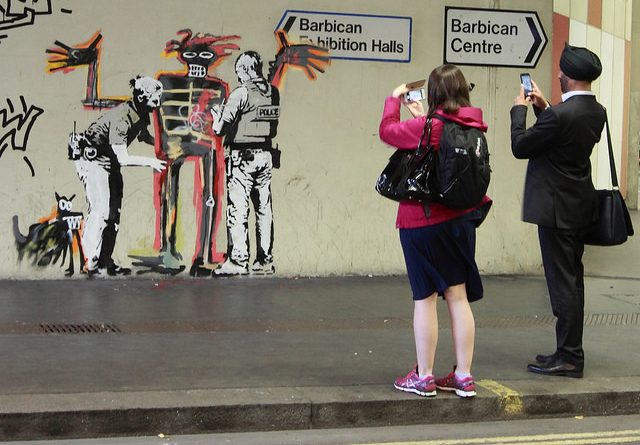 Banksy has created two new artworks under the Barbican centre in Central London. Referencing the imminent opening of the first large scale exhibition of the American artist Jean Michel Basquiat the more prominent of the two features the figure from his ‘Boy and Dog in a Johnnypump’ artwork being frisked by two Police officers while his dog looks on. A second, on the wall opposite, depicts a Ferris wheel of Basquiat’s trademark crown motif with an accompanying queue. The artist has provided a couple of quotes on his certified Instagram account which explain the significance of the pieces:

More tellingly he adds “Major new Basquiat show opens at the Barbican -a place that is normally very keen to clean any graffiti from its walls”. The irony of a venue that is happy to display Basquiat’s art born out of graffiti on its internal walls whilst simultaneously scrubbing the same style of artwork from its external walls is a hypocrisy Banksy could not ignore. In fact he himself has in the past been victim of the areas graffiti removal team – this nearby rat is long since gone. Banksy rat on the Barbican complex, since removed If you’d like to see works in person they are at the junction of Golden Lane and Beech Street by the Barbican’s car park. Their fate remains uncertain. The City of London Corporation have released a statement which simply said “We plan to discuss the pieces with City Corporation colleagues and Barbican residents over the next few weeks”. It could be they will go the way of all other graffiti in the area….

Banksy’s ‘Civilian Drone Strike’ artwork on display recently at the Art The Arms Fair raises £205,000 at auction for Reprieve and the Campaign Against The Arms Trade . Read more here. 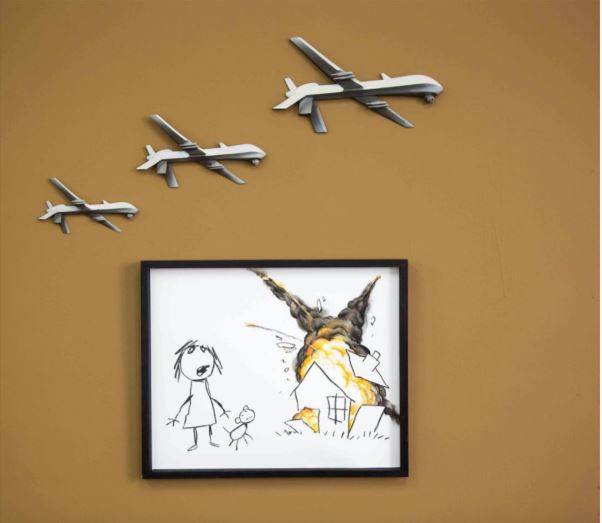 The Walled Off Hotel (yep, I still want to go when funds allow!) now has a gift shop selling reasonably priced merchandise, some of which is only available in store including Banksy art prints. 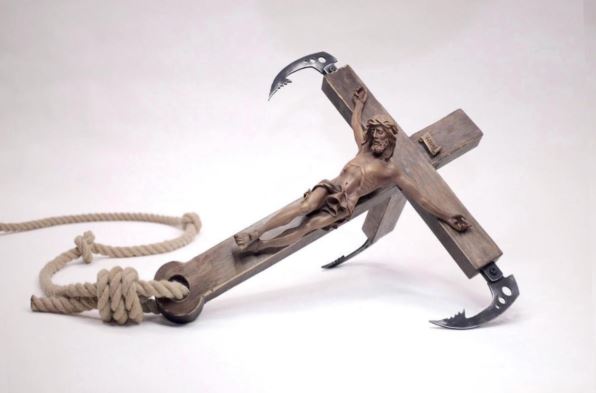 From the Walled Off Hotel gift shop – “Military grade grappling hook and combination spiritual ornament? All proceeds stay in the local community”.