Banksy anywhere  Charles Manson found near Archway Tube Station. This piece was really only visible from one particular direction it being in a kind of an alcove in the wall. It was subsequently amended by Team Robbo but over time more and more of it was lost to the point where now I don’t think there is anything left. 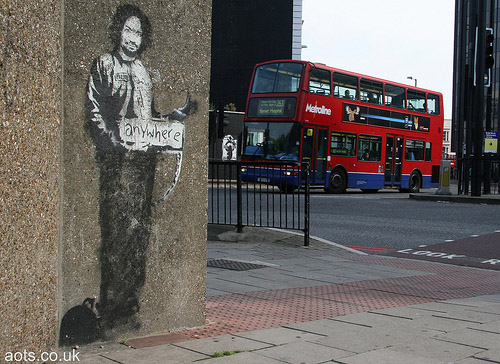