Banksy _ Girl With A Pierced Eardrum

Banksy _ Girl With The Pierced Eardrum.    I heard about this piece in Bristol too late to get a clean photo. Shortly after it was announced on banksy.co.uk this modern take on Vermeer’s ‘Girl With A Pearl Earring was hit with a splattering of paint from below. Luckily it didn’t obscure much of the painting itself which features an existing alarm box in the place where the earring sits on the original.

STATUS: Still there, still with the paint addition beneath it. . 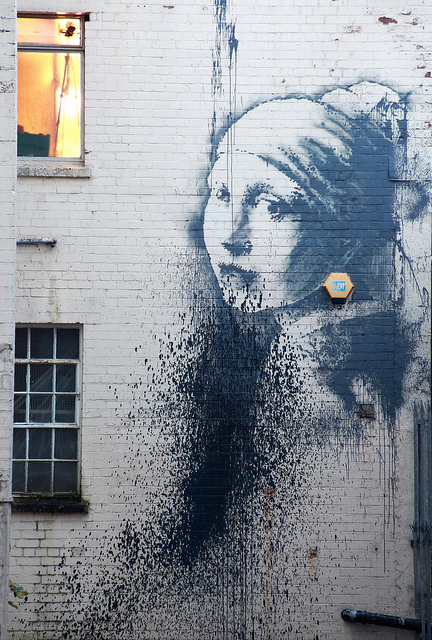