Banksy(?) Monopoly Board, Occupy London, St Paul’s 2012.    There’s never been any official confirmation that this piece was by Banksy so the jury’s still out. It appeared overnight at the Occupy camp outside St Paul’s Cathedral in Central London and immediately created a stir and helped focus interest on the camp and its aims. Featuring a Monopoly set .

STATUS: Modified, damaged and then removed 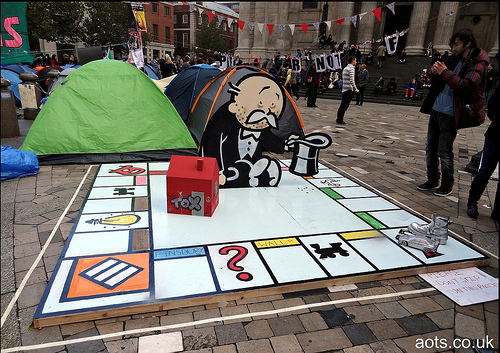 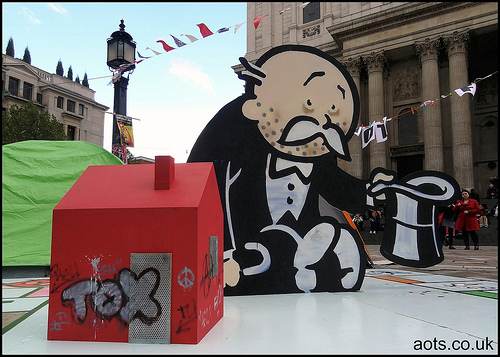