Banksy Tox in Camden,  London   Tox aka Toxic is tag that can be seen all over London, particularly on the rail and tube networks. Often written with speed more than artistic impression in mind it nevertheless has a prominent place in the history of London Graffiti. This is Banksy’s piece featuring Tox bubble writing being produced by an identity protected little boy. It’s no coincidence surely that this appeared while the suspected writer was waiting sentencing. In fact the prosecutor Hugo Lodge said of Tox "He is no Banksy. He doesn’t have the artistic skills, so he has to get his tag up as much as possible."

So now we have the ridiculous scenario where the judiciary are ruling on artistic merit on whether to find someone guilty of graffiti. While one looks at a custodial sentence another gets lauded and a perspex cover slapped over it. And this, for me at least, is the point of this piece. It stabs an accusing finger at the hypocrisy of sentencing in this country. Its not about the crime, its about the money. 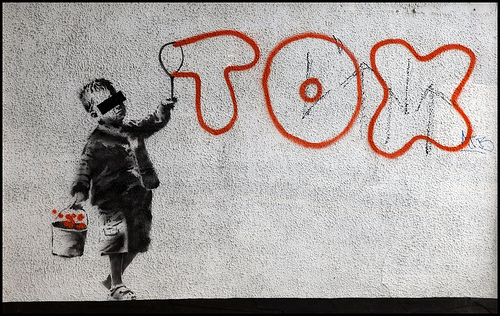 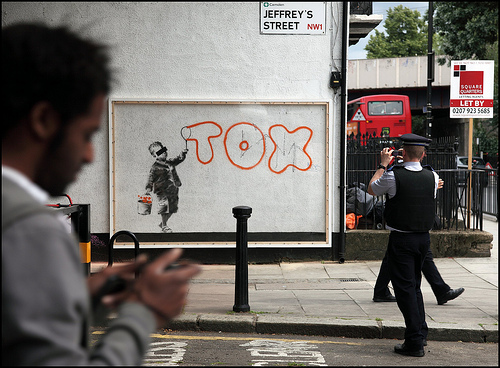