It reminded me of some graffiti I saw years ago which said in foot high letters "Michael Is A Healer, Not a Feeler". Still makes me chuckle even now.

On the Santa’s Ghetto leaflet it reports that this painting was originally by Tom Ormond and that Banksy painted Michael Jackson over the top of it. And that Tom is a surprisingly hard bastard who wasn’t impressed with people mucking about with his work. 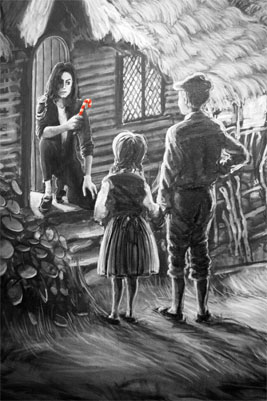